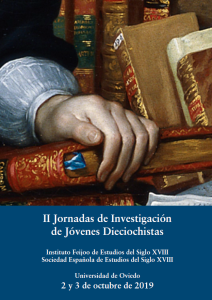 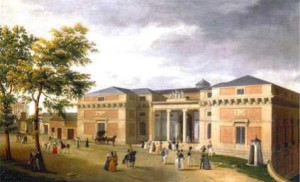 2019. THE PRADO MUSEUM AND THE BORBONIAN POLITICS OF CULTURAL INSTITUTIONS
Prado Museum, January 14-15, 2019

2018. ITALY AND SPAIN IN THE 18TH CENTURY
Exchanges and circulation of ideas, people and things

First bilateral meeting of the Spanish and Italian Society for the study of the 18th century
Naples, October 22-24, 2018

The conference offered an overview of the leading genres of musical theatre in eighteenth-century Spain, with a special emphasis on short plays. Though structured around plenary talks and round-table sessions, the conference also featured productions of plays from each of the various genres of eighteenth-century Spanish musical theatre. Panel talks were also welcome.

The conference was spread over three mornings and two afternoons, for which participants were given certificates of attendance issued by both RESAD and the UAM, for 18 hours.
For further information, see: http://musicateatral18.weebly.com